Feb. 6, 2020 12-minute interview between Mary Coupland and Joel Adamson on the Program “The Road Ahead”. 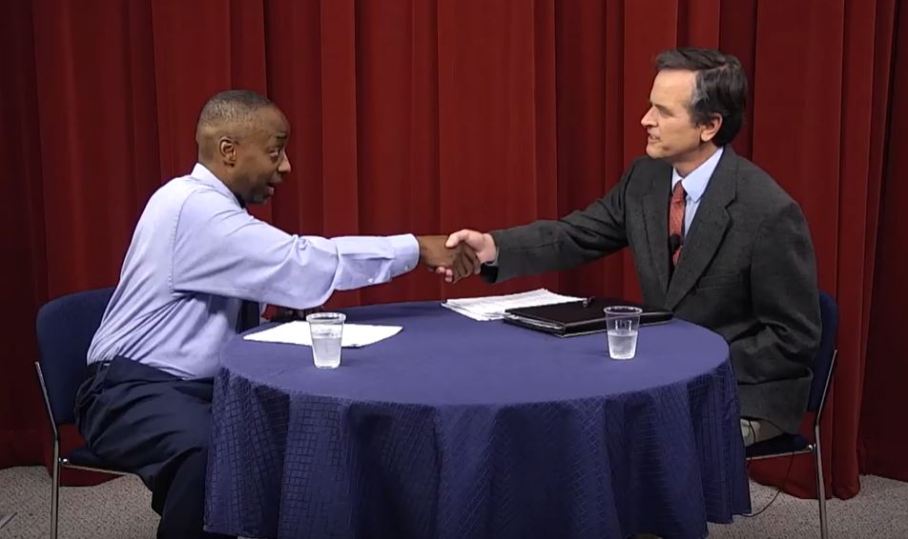 Kitsap Homes of Compassion has been featured in a multi-week TV interview show hosted and created by Dean Bostic [aired on Bremerton Kitsap Access Television (BKAT)], called “Charities”. The 20 minute interviews with KHOC General Director, Joel Adamson, started airing the week of Sep. 23rd. Click on the links below to view copies of the TV Broadcasts on YouTube:

From Episode 1, “…this is not just a problem of homelessness, this is struggle for liberty and justice for those who are seriously mentally and physically disabled living under abhorrent conditions and unable to speak up for themselves… We all must take action!”

From Episode 2, “… often times the National Mental Health Industry does not want to use the word ‘mental illness’ in the same sentence with ‘homelessness’ because they are afraid of causing more stigma for those with a mental illness. So information become censored by only allow ‘politically correct’ messages….”

From Episode 3, “Why has rental housing prices gone up so much over the last 15 years in Kitsap County and across the nation? It has been caused by decrease in housing supply caused by these 3 factors…”